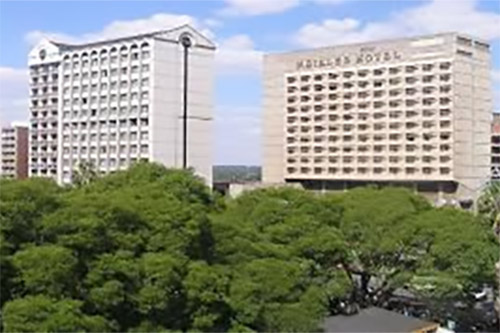 ASB Hospitality Zimbabwe, a subsidiary of Dubai-headquartered Albwardy Investment, will assume ownership of the 312-bed five-star Meikles Hotel on March 1 2020, following the completion of a US$20 million procurement deal between Albwardy and hospitality concern, Meikles Limited (ZSE:MEIK), Zwnews reports.
Meikles Limited recently announced that it had consented to sell-off it’s flagship Meikles Hotel to ASB Hospitality for US$20 million. The move by Meikles Limited to sell off the hotel comes in the wake of low occupancy rates and lack of investment in the refurbishment and back of house services at the hotel.
In a notice to shareholders this Wednesday morning, Meikles Limited Company Secretary Thabani Mpofu confirmed the latest development.
“The Directors wish to advise shareholders that the requisite terms for regularising the control of the Meikles Hotel to the Buyer per the Sale and Purchase Agreements have been met. The Buyer will take effective control of the Meikles Hotel on March 1 2020”, said Mpofu in a memo dated Wednesday 26 February, 2020.

Albwardy Investment boasts of a wide range of business concerns which include food distribution and retail, construction, shipyards and hospitality.
Late last year, Meikles Limited outlined reasons why it was disposing its renowned flagship.
“The Meikles Hotel has over the past two decades been impacted by relatively low occupancy rates and a subsequent lack of investment in refurbishment and back of house services. In order for the Hotel to compete with other leading hotels in southern Africa, foreign currency denominated long-term capital, the scale of which cannot be provided by Meikles is needed”, said the Group, back in 2019.
Meikles Limited also added that the investment would finance the modernisation of the whole operation, as well as general infrastructure improvements, which they hoped would restore it to international Five-Star standards.
“Meikles will seek to generate further value in its remaining assets through the re-investment of the proceeds from the Transaction in the agriculture and hospitality segments of the Group’s other businesses,” said the Group in its justification of the US$20 million deal.